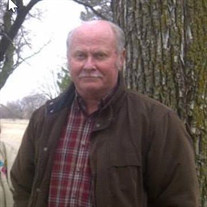 Terry Wayne Barnhill Sr., 69, of Galivants Ferry passed away June 20, 2022 at MUSC Charleston after a brief illness. Terry, or “Monk” as his father dubbed him, was born January 31st, 1953 in Mullins, South Carolina to James Monroe Barnhill and Kathleen Skipper Barnhill of Aynor. He graduated from Aynor High School in 1972. Terry married Dianne Johnson of Conway, SC in 1972, and was the proud father of four kids, Terra Ann, Terry Wayne Jr., and twins, Johnathan James Mitchell and Candice Deborah Nichole. Terry worked for Zeman’s Electric in Marion, SC for 20 years as a heating and cooling service technician. Kidney disease cut short his career; however, in 2005, he was the grateful recipient of an organ transplant from a young man who died in an accident. Terry shared a special kinship with fellow recipients of organ donations. The Barnhills attended Liberty Fellowship in Marion and are grateful for the pastoral care from Pastor Albert Grice and his family over these many years. Terry is preceded in death by his paternal grandparents, Jessie Barnhill and Eva Flowers, maternal grandparents, Marion Skipper and Susan Skipper, parents, James Monroe Barnhill and Kathleen Skipper, his daughter Candice, son Mitchell, and granddaughter Madison. He is survived by his loving wife of 50 years, Dianne Johnson Barnhill, daughter Terra Ann Barnhill (Adrianne) and their son Will Pryor-Barnhill of Charlotte, NC, Terry Wayne Barnhill, Jr. (Christine) and their children; Emily, Preston, Sierra, Allie and Avery of Woodstock, IL., in addition, his youngest grandsons Terry Mitchell and Alston, and their mother, Jillian Strickland of Galivants Ferry, SC, and granddaughter, Isabella Embry of Gaithersburg, MD, as well as many cousins.

The family of Mr. Terry Wayne Barnhill created this Life Tributes page to make it easy to share your memories.

Send flowers to the Barnhill family.