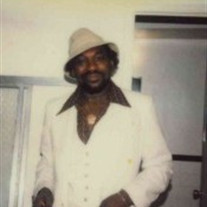 Obituary Samuel Palmer Jr.  received his eternal call on Wednesday, July 7, 2021 at approximately 2:52pm at Prisma Health Tuomey in Sumter, SC. This legend of life was born to the late Samuel and Anna Palmer.  This life came forth and sparkled the earth on January 2, 1932 in Pamplico, South Carolina.  At an early age, Samuel Palmer Jr. moved to Sumter, South Carolina where he attended Sumter Schools and graduated from Lincoln High School in 1950. Upon graduation, he enlisted in the United States Army in August of 1950. He completed three years of service and was honorably discharged in August of 1953. Subsequently, he enrolled at Morris College (Sumter, SC) and successfully received a Bachelor’s of Science Degree in Biology in 1957.   Samuel Palmer Jr. then married Roberta Reed of Sumter, SC in October of 1957.  Relocating to Brooklyn, New York, their union was blessed with six children. While living in New York, his employment included 30 years with the United States Postal Service (Edgewater, New Jersey). He retired July of 1991 and later returned to live in Sumter, SC.  Samuel Palmer Jr. was preceded in death by two of his children:  a son, James Palmer and a daughter, Arniece Palmer-Mouzone. With this transition from life on earth, treasured memories will live on by his children: Jocella Palmer of Charlotte, North Carolina; Reginald Palmer of Sumter, South Carolina; Arnold Palmer (Cassandra) of Rock Hill, South Carolina; and Ronald Palmer (Betty) of Sumter, South Carolina; Grandchildren: Regina Harper, Shamecia Bradley, Ronald Palmer, Quentin Palmer, Arnold Jamar Palmer, Chauniece Mouzone; Great-grandchildren; a loving cousin, Michael Gooden; and, a host of other relatives and friends.  Samuel Palmer Jr. enjoyed life with his family and friends, watching sports, and listening to music. We count it a genuine blessing to have known a loving father and have had the opportunity to be part of his illustrious life.   To send flowers to the family or plant a tree in memory of Samuel Palmer, Jr., please visit our floral store.

Obituary Samuel Palmer Jr.  received his eternal call on Wednesday, July 7, 2021 at approximately 2:52pm at Prisma Health Tuomey in Sumter, SC. This legend of life was born to the late Samuel and Anna Palmer.  This life came forth and sparkled... View Obituary & Service Information

The family of Samuel Palmer, Jr. created this Life Tributes page to make it easy to share your memories.

Send flowers to the Palmer, family.