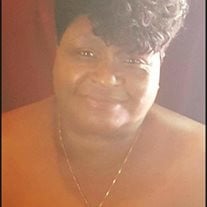 Obituary Mary (Gloria) Epps Cannon was born on April 11, 1955 to the late Charles R. Barno, Sr. and Mary Epps Barno in Sumter, South Carolina.Mary attended the public schools of Sumter County. She accepted Christ as her Lord and Savior at an... View Obituary & Service Information

The family of Mary E. Cannon created this Life Tributes page to make it easy to share your memories.