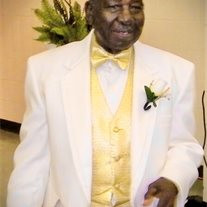 Obituary   God in His infinite wisdom called Mr. Lucious Burns to his home of eternal rest on December 18th, 2020 at Prisma Health Richland Hospital in Columbia, SC. He was born on August 4th, 1935 to the late Ben McDuffie and the late Annie Spann-Slater. In addition to his parents, he was preceded in death by one son, Ronnie Oliver, one grandson, Orlando Burns, five sisters, two brothers, seven aunts and seven uncles. Lucious was educated in the public schools of Sumter County. At an early age, his Christian experience began at Mr. Moriah United Methodist Church. He served faithfully in his church as a trustee, Men’s Choir member, Senior Choir member, and devoted himself to serving in what capacity he could. Professionally, he was employed by Georgia Pacific and then later employed and retired from the City of Sumter. Lucious was an enthusiastic devotee of helping others, working in the yard, spending quality time with his family and friends, and taking care of his grandchildren. He was also very strong and embraced life and challenges with immeasurable strength and great courage. He often sought the good in any situation and never complained. He also loved reminiscing about his early childhood and adult years. Lucious was united in Holy matrimony to his loving and devoted wife, Hattie Lee Burns (Linton) of 65 years. He is survived by three daughters Cornelia (Willie) Vaughn of Sumter, SC; Dianne (Alex) Juitt of Columbia, SC; and Melissa Cook of Sumter, SC; four sons: Willie Lee (Blanca) Harris of Newark, NJ; Lucious (Bobbie) Burns of Sumter, SC; Robert (Joanne) Burns of Sumter, SC; and Pedro Cook of Sumter, SC; one adopted daughter, Tina Richardson; four sisters: Doritha McGee, Rebekka Magazine, Shirly Harris, and Ollie Mae Gallishaw; one Brother in law, Billy Clark; one sister in law, Bernice Slater; A special cousin, Vivian Holmes; a special caretaker, Evelyn Mickens; twelve grandchildren, sixteen great-grandchildren, and a multitude of nieces, nephews, cousins and other relatives and friends. Lucious Burns was a great inspiration and role model for his numerous children, grandchildren and great-grandchildren. He was a fun-loving person and to know him was to love him. He has left an undeniable impression on all who had the pleasure of knowing him and will be greatly and deeply missed. His life was a living example of Ephesians 4:32--”And be kind and compassionate to one another, forgiving one another, just as God also forgave you in Christ.” To send flowers to the family or plant a tree in memory of Lucious Burns, Sr., please visit our floral store.

Obituary   God in His infinite wisdom called Mr. Lucious Burns to his home of eternal rest on December 18th, 2020 at Prisma Health Richland Hospital in Columbia, SC. He was born on August 4th, 1935 to the late Ben McDuffie and the late Annie... View Obituary & Service Information

The family of Lucious Burns, Sr. created this Life Tributes page to make it easy to share your memories.

Send flowers to the Burns, family.