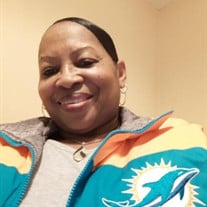 Obituary Who can find a virtuous woman? For her price is far above rubies. Proverbs 31:10 Sister Cynthia Yvonne Wright was born March 14, 1954 in Rembert, SC to the late Thomas and Rosa Sanders Colclough, Sr. Our God in His almighty wisdom looked down and called her name and Cynthia peacefully entered into eternal rest on April 17, 2021 at Prisma Health Richland Hospital in Columbia, SC. Sister Wright was educated in the Sumter County Public Schools and was a graduate of Hillcrest High School, Class of 1972. Cynthia later earned her Bachelor’s Degree at Allen University, Masters from St. Leo University, and Wesleyan University. She accepted Christ at an early age and joined Mt. Pisgah Missionary Baptist Church, Rembert, SC. Later in life, she  became a member of Greater Mt. Pisgah and Mt. Glory Missionary Baptist Churches. Sister Wright was a faithful and dedicated member of St. Mark  4-B Missionary Baptist Church in Sumter, SC where she served as a faithful member of the Golden Age Ministry. She was married to Chris Wright. Cynthia was employed as a Quality Inspector at Santee Prints for over 20 plus years in Sumter, SC. She was later employed at Blue Cross and Blue Shield as a Data Prep Technician, where she took an early retirement when her health began to fail. After her retirement, her greatest joy was  babysitting her grandchild, Ty’Asia Alise Nevaeh Coakley who lives in the home. She was a lifelong diehard fan of the Miami Dolphins.  She absolutely loved shopping online, and vacationing in Florida with her family. Those who knew her will tell you her family was very important to her, and she went above and beyond to take care of them. She enjoyed Tyrone’s cooking, talking to Jasmine, listening to Iesha, praising Shaniqua’s  creativity, ordering her daughter-in-law Victoria around,  proud of her brother, TC, and motivated by her sister-in-law, Wanda. In addition to her parents, she was preceded in death by her husband, Marshall Brown, and infant great granddaughter, Victoria Williams. She leaves to cherish her memories, her son, G. Tyrone (Victoria) Coakley of the home, a brother, Deacon Thomas Colclough (Wanda) Jr, of Sumter, SC, Thomas Colclough “Little TC” who was reared in the home of her parents; five grandchildren: Shaniqua (Brandon) Williams, Jalik Perry, and Ty’Asia Coakley of Sumter, SC, Iesha Perry, of Columbia, SC, and Jasmine Coakley of Birmingham, AL; three great grandchildren; two aunts, Sally Tarver of Ohio, and Mary Sanders of Rembert, SC; her godmother, Mrs. Bertha Alston, and god daughter, Reverend Wanda (Chris) Martin also of Rembert, SC; a special cousin, Barbara Allen; a special friend, Sharon Sanders; special friends from Blue Cross and Blue Shield; and a host of nieces, nephews, cousins, relatives and friends.     To send flowers to the family or plant a tree in memory of Cynthia Y Wright, please visit our floral store.

Obituary Who can find a virtuous woman? For her price is far above rubies. Proverbs 31:10 Sister Cynthia Yvonne Wright was born March 14, 1954 in Rembert, SC to the late Thomas and Rosa Sanders Colclough, Sr. Our God in His almighty wisdom... View Obituary & Service Information

The family of Cynthia Y Wright created this Life Tributes page to make it easy to share your memories.

Obituary
Who can find a virtuous woman? For her price is far...

Send flowers to the Wright family.